The Power of Solar Energy Against Poverty

The Power of Solar Energy Against Poverty

When we look at individuals in poverty, one pattern is evident: they lack access to power. That lack of access makes it more likely that those people will stay in poverty. While there’s never any single answer to such a complex problem, solar power has the potential to make a massive difference in the lives of those living in poverty.

It’s a significant claim to say that solar power makes such a big impact, but here’s what we know. First, despite claims to the contrary, having electricity alleviates poverty. Second, solar energy is the best source of power for those in developing countries because it doesn’t suffer from many of the problems associated with the power grid. Finally, solar, although not cheap, is the most financially plausible way to provide those in developing countries with electricity.

Does having electricity help alleviate poverty?

Each side of this debate is fiercely contested. Forbes and The Economist have both argued that it doesn’t alleviate poverty. On the other hand, Acumen, SolarAid, ONE, and The World Bank say that it does lessen the problem. Even Bill Gates joined the debate on Twitter, saying that “there is no question that reliable electricity unlocks a better life for people.”

The one constant in the debate seems to be that having electricity has the potential to help those in poverty — if they have the knowledge and opportunity to take advantage of it.

Forbes’ study took them to Western Kenya, where they looked at 150 communities within 600 meters of an electricity distribution transformer. They randomly divided 2,250 households into a treatment group connected to the grid and a control group that wasn’t. After 18 months, researchers concluded there was no difference in children’s test scores, adult employment, or household income between the groups.

This study indicates that electricity isn’t all those in poverty need–which is true. But the study had some flaws. The researchers had to remain disconnected from the families who received electricity, so they weren’t able to educate them on ways to take advantage of their power. They had the tools but not the guidelines for using them. Imagine being given an IKEA set — without instructions — to build a house. It would take me more than 18 months to figure that one out. 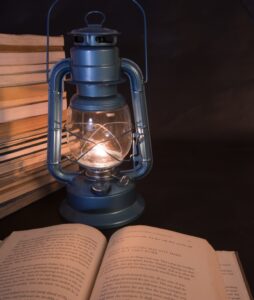 Additionally, The Economist claims that providing subsidies to people to help them install solar isn’t economically responsible. Is “economic responsibility” really our highest priority? Financial responsibility is undeniably important, but the $390 billion the U.S. donated to charity in 2017 says that some people may have other priorities. True, it might be difficult for the governments of developing countries to subsidize solar. For instance, the Rwandan government budget for 2019 is the U.S. dollar equivalent of $3.1 billion. The U.S. spends more than 70 times that amount on clothing each year, so this money to help communities install solar might be able to come from somewhere.

Both Forbes and The Economist are more business-based than the outlets arguing in favor of electricity, which are all charitable organizations. An argument might be made that these philanthropic organizations get to see the impact electricity has on the lives of individuals, while the businesses are stuck with the numbers. Seeing someone’s life change with your own eyes is different than seeing some numbers change. 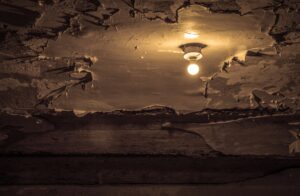 These studies reveal the story of people who had little until they installed solar — and suddenly, new worlds were opened to them. Perhaps they expanded their farmland thanks to electric irrigation systems. Or maybe they were able to make sellable products late into the night thanks to electric lights, enabling them to earn more money. For some families, their children were able to stay up later and study. The people who benefited from solar saw it as an opportunity to improve their lives and embraced it. Others didn’t see the same opportunities and didn’t experience the same benefits. The point is that electricity has the potential to change the lives of people in poverty.

How does having electricity help alleviate poverty?

The main benefit of electricity is light. According to QuartzAfrica, 600 million people in Africa still don’t have power. John Keane, the CEO of SolarAid, explains that using candles, kerosene, or battery-powered lamps is a constant money drain, costing up to 15% of the family’s income. Additionally, candles and kerosene lamps fill homes with smoke, causing severe health problems. Even worse, candles and lamps are a fire hazard that have caused numerous deaths, including that of a two-year-old in Zambia.

Additionally, living in semi-darkness has mental and emotional effects. Those residing in darker environments have higher rates of depression (called “seasonal affective disorder”) and don’t think as clearly as those who have brighter homes.

Keane went on to say that their extensive efforts resulted in tangible economic benefits, which led to more spending on essential things to increase income and quality of life even more, “such as schooling, food, and livelihoods.” For example, reports suggest that children were able to study for more hours per day with better light sources.

“The truth is that today, 600 million people across Africa live without access to electricity. They don’t have to ask themselves [if they need solar for a better lifestyle]. They know. In Zambia, where I live, only 4% of the rural population is connected to the electricity grid.”

Acumen points to studies that illustrate the benefits of light: “There is… evidence for effects on productivity of housework activities, health, environmental outcomes, study time of children, and women’s decision-making abilities. These benefits are quite likely to cover the social costs and hence to make the investment worthwhile.”

ONE’s research showed a woman named Kazija, whose life was changed dramatically by connecting her home to electricity using solar power. She invested in a solar irrigation system on her small farm, inspired by training she received on improving farming methods. In the two years after installing the solar-powered irrigation system, Kazija’s income increased from $1.20 to $7.25 a day. She reinvested her income, this time in livestock, and a fruit juice business since she could now afford refrigeration. Eventually, Kazija built a new home and sent her children to school, thanks to the electrical connection and the education on how to use it. 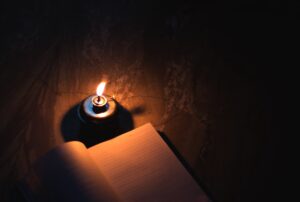 Why is solar power the most viable option to get those in poverty access to electricity?

Forbes suggested several reasons why electricity isn’t a reliable way to alleviate poverty. The grids in developing countries, for example, are typically unpredictable or are too far from a community to be usable. Additionally, once a home has electricity, the inhabitants likely won’t be able to afford appliances beyond a couple of lightbulbs and a phone charger. Their study with the University of Chicago showed households used 3 kWh/month of energy, as compared to the EIA’s report of 900 kWh/month per household in the U.S. In his book The Switch, Chris Goodall agrees with Forbes’ findings, arguing that electricity is too expensive for most people.

Solar power addresses many of these problems. Electricity is expensive because customers have to pay a contractor to connect their home in addition to the monthly cost of energy. Solar doesn’t need to be connected to the grid, so the installation is more affordable and can even be performed by the customer. Additionally, solar doesn’t cost anything to run after installment; the sun charges nothing for its rays.

Plus, because solar doesn’t need to be connected to the grid, the distance of the power plant doesn’t matter. A person could live in the middle of the ocean, thousands of miles from the nearest power plant, and their panels would still provide them with electricity. Because solar isn’t typically connected to the grid, unreliability isn’t a factor. Solar panels work whether or not the grid is functional.

Finally, the cheaper cost of solar and the socio-economic benefits that come with electricity might eventually solve the problem of not being able to afford appliances. At the same time, people without power typically don’t need many devices once they receive it; as previously mentioned, they usually only need an electric light or two and a phone charger. So they might be able to afford the appliances, but still have no need for them. 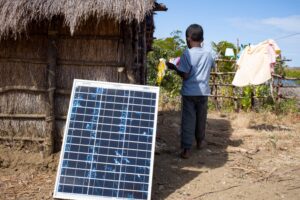 How is solar power the most financially responsible way to provide electricity?

The math is simple. Solar doesn’t need to be connected to the grid by a contractor, costs less to install initially, and costs nothing to run from month to month.

What else can be done to aid with poverty?

Forbes recommends providing things like “running water, basic sanitation, consistent food supplies, quality education, sufficient health care, political influence, etc.” They suggest that “prioritizing investments in some of these other factors may lead to higher immediate returns.” This has some truth; without running water, having electricity won’t make a huge difference. But this doesn’t negate the proven necessity of electricity; electricity and the security it provides comes right after water and food on the hierarchy of needs.