Which Renewable Energy Type Is Best for Your Home?

Which Renewable Energy Type Is Best for Your Home?

Renewable energy is the way to go if you have the money, and want to save money in the future and help the environment. But you may be wondering which type is best, in terms of long-term investment and energy efficiency. We’ll help you figure that out.

What are the different types of renewable energy?

The five most common sources of residential renewable energy are: 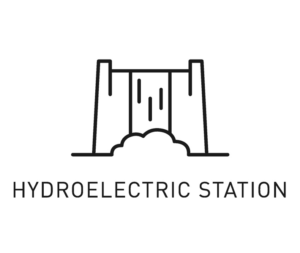 What’s the best type of renewable–and what’s its cost for a home?

Hydropower is an appealing possibility, but only if you already have water running through your yard. A 5kW system costs about $25,000 and might produce up to 3,600 kWh monthly. (For comparison, the EIA estimates an average monthly household electric bill at 900 kWh.) However, the hydropower system’s energy output varies depending on the water’s current speed. Hydropower costs about $6.94 up front per kWh.

Wind power is also a possibility, but it only makes financial sense if your home experiences significant wind. Two types of windmills on the market offer 38 kWh/month at the initial price of $1,599.99 (Primus Silent X) or 175 kWh/month at the initial amount of $4,356.00 (Atlas Turbine Generator). The costs come out at $42.11 and $24.32 up front per kWh, respectively.

Biomass also has potential in the future, but it’s not cost-effective today. It’s especially prevalent in homes in the form of space-heating technology–for example, a wood furnace. But transforming the heat energy into electricity is performed using large factories and is too complicated to be feasible for most homes. The industrial cost of biomass is about $3,000 up front per kWh.

Geothermal is another option, though it’s dependent on the construction of your house. For example, digging tunnels under your home can help regulate the indoor temperature, a process known as “ground source heating or cooling.” While it makes sense if you’re building a home, it’s prohibitive for existing construction. Geothermal energy works best as a supplemental way to reduce your energy, but harnessing the power to do more than that isn’t a feasible option. Its industrial cost is about $2,500 up front per kWh.

Solar is probably the most reasonable option for a home. A $190 panel can produce about 45 kWh/month, which puts the cost per energy at $4.22/kWh. While solar is also dependent upon nature for its electricity generation, at least you know that every morning that the sun will rise and shine. This makes it more consistent than hydropower or wind and far more affordable than any other option. 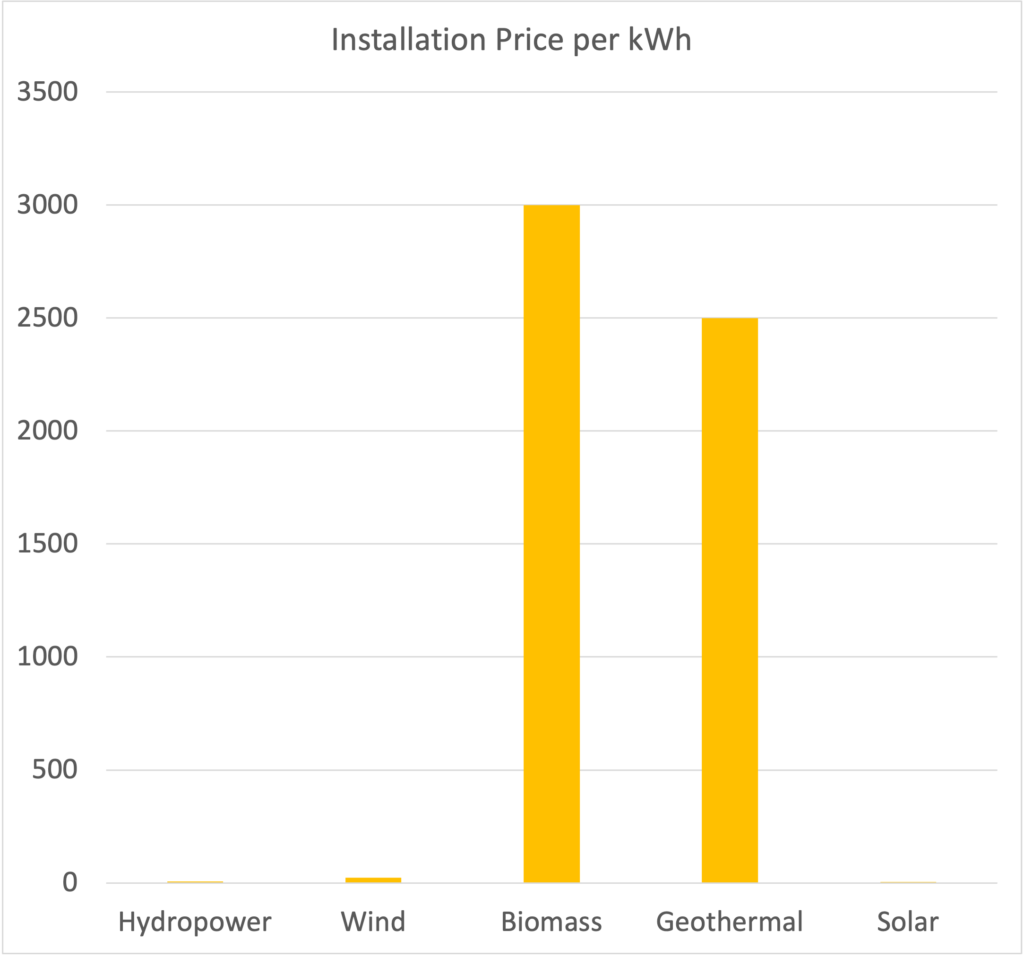 Which type of renewable energy will be best in 2050?

Wind and hydropower are currently the most common in industrial applications, but solar is a better fit for residential applications. Solar is generally cheaper to install on small scales, and offers comparable payback.

Additionally, solar will become more popular in the years to come. The Energy Information Administration (EIA) estimates that by 2050, total energy from renewables will increase from 17% to 31%. By the laws of economics, an increase in usage of these renewable sources will likely be paired with a decrease in cost. Wind and solar are predicted to have the greatest increase in use, signaling that they will probably have the greatest decrease in cost–and therefore an even larger return on investment.

By 2050, if the price follows the same pattern, solar might cost as little as $0.05/W. So things are looking good for renewables, especially solar.

Another factor to consider is that renewable energy is limited by how much we can produce. We can’t make more wind energy than we receive wind, for example, or create more power from water than we have moving water. This means solar has an advantage; Goodall estimates that only 1% of the world’s land area would need to be covered in panels to produce enough energy for the entire planet.

Because solar has the cheapest initial price/kWh of monthly electricity generation and has the greatest available energy, solar is the best renewable energy option for your home. On top of that, solar will likely experience lots of scientific advancements in the future, making it even more attractive and affordable.

In the case that you do have a river running through your backyard, hydropower might be your second choice due to its competitive price/kWh.

If you don’t have a river, your next option is wind. Although it does have a much more expensive price/kWh, it has more potential to grow than any of the other types of renewable energy.

If you’re going to install renewable energy sources in your home, now is the time — not only because it’s better for the planet, but also because it can save you money in the long run.