Does Solar Protect or Endanger Wildlife?

Producing solar power can be dangerous to birds, but it’s possible that it provides more benefits to wildlife than it does endanger it.

How do solar farms endanger wildlife?

There is no doubt that solar farms can be deadly to wildlife. It can especially be dangerous to birds. For example, around six thousand birds, including many from endangered species, died over the Ivanpah Solar Farm in 2016.

Solar farms, especially those that use concentrated sunlight, are intensely dangerous for our avian friends. Birds see the reflective surface of the solar farm and believe that it’s water.

Because birds feed at water–where insects live–they head for the panels to look for sustenance, only to become caught over miles and miles of solar panels with no landing in sight. They die from exhaustion in the middle of this manmade desert. 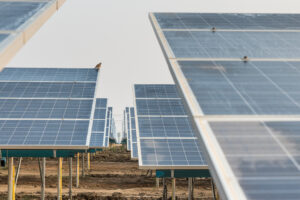 Additionally, the creation of solar farms means the destruction of habitat. In 2009, the federal government approved 240,000 acres of land to be used for solar farms, primarily in the deserts. When we typically picture deserts, we imagine sand and maybe the occasional lizard. But there are actually many types of animals that live in the desert that would be displaced or even killed by the installation of so many solar farms.

Scientists from the Savannah River Ecology Lab suggest that we need a “long-term strategy for dealing with vulnerable wildlife species impacted by solar, or any other, development in the desert.”

“If society is going to decide to allow pristine desert to be developed for these large projects, we’re going to lose some area and some species,” one scientist from the Ecology Lab said. “We need to understand how we can minimize the impacts of habitat loss so there will be areas for these animals to persist.”” (Washington Post article)

Research suggests that solar kills far fewer birds than do fossil fuel plants (per megawatt hour). While 5.18 birds are killed per gigawatt hour by fossil fuels, while the Ivanpah Solar Farm–the solar farm most notorious for killing birds–killed up to 8.57 birds per gigawatt hour in 2016.

However, Ivanpah Solar Farm is an outlier in its ridiculously high bird mortality. Otherwise, bird mortality is estimated at between 37,800 and 138,600 for all utility-scale solar energy farms in the United States. These farms combined also produced a total of 66,600 GWh of energy. This comes out to an average of 2.08 birds per GWh, which is almost half that of fossil fuels.

And the winner is… 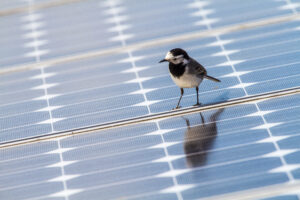 In conclusion, while there are definite pros and cons to solar farms, the pros seem to outweigh the cons; they are actually less dangerous to birds than fossil-fuel plants and will help slow down climate change, which is obviously even more dangerous to wildlife overall. However, we do need to be careful with how we go about solar farms; we certainly can still reduce their deadly impact on the surrounding wildlife.

As for the solar panels on your roof, they hold almost no danger to wildlife. In fact, birds find them to be a nice place to build their nests. You may need to protect your panels from the birds by installing critter guards, rather than the other way around.