Warranty the longer of (A) 10 years following the completion of the project, (B) the length of any existing installation warranty or new home builder performance standard for the roof 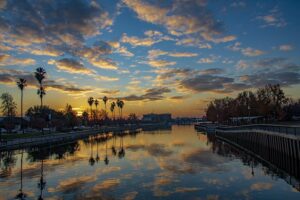 “Epic is very professional, helpful, speedy, reasonable, and they work with you until the job is done to your satisfaction.

“I was most satisfied because we had wood rot that covered a lot pf places on my roof, but they tackled that issue for a reasonable price and fixed it all. When they did the removal of the old roof, they had to take the gutters down and there was wood rot there too because the house was built in 1940.

“One of the guys, Robert Thorgood, was most helpful in taking the time out of his day to come over and seal up cracks with putty and cement so that we would be satisfied with the areas that were exposed. He put up some 2×4’s also to fix some issues. We had screens ordered for the gutters for the whole house and Robert didn’t realize that and was about to leave.

“We noticed that there were none on the back so we asked him about the screens and he checked and realized that they forgot them. We talked about it and he showed me evidence and facts that they kind of work but kind of don’t. I liked that because I like the facts. He helped me to understand why they would work and why they wouldn’t. They came back that day and put them on.

“The staff at Epic rocks. Jared Fox was the guy that came over and he spent hours with us. He was the project manager and he probably spent about 12 hours with us over several days to get us exactly what we needed. He showed us the research and everything.

“Robert was incredible on the job. He made sure that the roof and gutters got done and fixed any issues. He took care of it. We bought everything from Jared. We went to three companies and Jared was the best. There was also a nice lady named Jeri Stanfield. She was so helpful. She was the manager and she helped me get things squared away. We had a couple of complaints and they were immediately handled.” 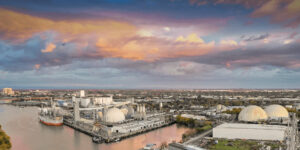 Jason had wanted to replace his roof since January because of dry rot, but wasn’t sure how to finance it. In April, we were able to help him out with financing the project. We did the site survey on the 16th of April. On the 6th and 7th of May we tore off his old roof and gutters and replaced the roof. There was more dry rot than we expected, so we had to update his order to reflect that.

Jason became very worried about the gaping holes in the roof where the gutters used to be, and where the new gutters were going to go. His previous gutters had a different design from more modern gutters. He believed that the new installation of gutters might leave gaps in his roof for wood to be exposed to the elements. Jason got a couple of outsiders to take a look as well, and decided to change his order to include covering the wood. By April 15th, we were able to cover these areas of the roof, finishing the project. Jason is very satisfied with the look and functionality of his new roof and gutter system.