Protect Yourself From Cyberattacks on the Power Grid with Solar Panels

Protect Yourself From Cyberattacks on the Power Grid with Solar Panels 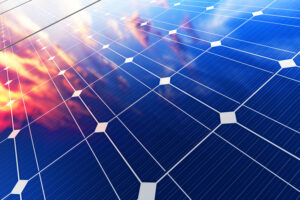 What would a cyberattack on the power grid look like with my solar panels? (How do I go off the grid with solar?)

Those of us who grew up in the Cold War know what it’s like to live with a constant fear in the back of our minds. We remember watching “Duck and Cover”; we remember the drills we used to perform, sitting under our desks, waiting for the “all clear”–or for the flash of heat that would mean we were dead. We remember our parents listening to the radio for any news, and the joy and relief of finally hearing President Bush declaring the end of the war.

Today, we live in a different kind of fear. While the US isn’t without enemies, at least any wars we fight are outside of our borders. Our lives and our children are safe. But with advancements in technology–especially the Internet–and improvements to the power grid, we are vulnerable in a lot of ways we couldn’t have imagined during the Cold War.

In an effort to surface the cyberdangers of a networked power supply while simultaneously avoiding paranoia, here are several ways that we can protect ourselves from such eventualities as cyberattacks in the classical sense–on our devices and the data contained within them–and also against cyberattacks on our power grid.

For years we’ve been hearing about the possibility of losing the government’s classified data to hackers. I’ve never really cared, primarily because I didn’t understand what hackers could do and because I don’t have anything important enough to hide from them; sure, they might get my credit card number, but my company will cancel anything they might buy with it; sure, they might somehow find my social security number, but the government will sort it out eventually. This is not the way to go; a cyberattack might entail an enemy intercepting military commands, which would be awful for everyone involved. Here are the basics of how a cyberattack occurs:

Every time a device accesses the web of connections that is the Internet, it lets off a little light on the web. Any other device on the web can see that light, know where it’s coming from, and find the information the device contains. There are many ways to access this map of the Internet. One of the most popular and aboveground of these ways is called Shodan.

Shodan is a website created with the purpose of allowing its users to search and access any kind of device–webcam, computer, heart monitor, heating or cooling system–that is connected to the Internet or a similar system. While Shodan does several important, useful things to protect against cyberattacks–like showing which devices are more vulnerable to certain types of malware, for example–it has unrestricted access to any Internet device across the world, which might be worrisome for some. However, Shodan is used primarily by cybersecurity professionals and regular people trying to defend their own systems, and cybercriminals could have undetected, unrestricted access to the same information anyways using botnets.

To protect yourself against such cyberattacks, the options are simple: make more complicated passwords. Make sure not to leave your computer out in the open. Don’t click on links or attachments in spam emails or texts. Don’t download uncertified things from the Internet. Don’t tell people information about yourself or bank over the phone. Keep your computer software up-to-date. If you’re a normal citizen with nothing to hide, these few simple things will be enough to keep you safe.

Even more recently, with the United States’ cyberattack on Russia’s power grid, did we realize the scope of utilities a cyberattack could access and damage. The US has computer code controlling power plants, oil/gas pipelines, and water supplies. Russia had ignored public warnings from the federal government and had inserted malware in the code, so that if the US and Russia ever got in a conflict, Russia could begin a cyberattack on the US power and water grids. In retaliation, the US has been putting their own malware in Russia’s power grid for the past year, “at a scale that we never contemplated a few years ago,” as reported by a senior intelligence official.

A cyberattack on the power grid would look like this: Russia implants malware in one of the seven main power grids across the US. When they activate it, the US tries to find it and disable it as quickly as they can, while we sit in darkness and without any power whatsoever. In the digital world of today, this sounds like quite the nightmare. What could we possibly do in the face of such a display of power?

The only option is to have already gone off the grid. This entails having solar panels, having a battery to store your solar power, and not being connected to any power company’s grid whatsoever. While this does mean that you couldn’t sell any excess energy produced by the panels back to your power company each month, it also means that you could save up any excess energy to use in the case of a power outage or a cyberattack on the power grid. (Alternatively, you could be connected to both the power grid and solar panels through different electrical systems, so that if one fails the other is completely independent and will still function.) While your entire neighborhood, city, state, or even half of the country will be without power–and, after a day or two, without cell phones, laptops, or anything more advanced than a radio–you will still have complete functioning capabilities. (This does not, however (unfortunately), extend to your water supply, so be sure to have food and water storage hidden away.)

Hopefully, we will never need these tips, but in the case we do, at least these tips will guide us towards a nuclear bunker instead of leaving us to hide under our desks.