Energy-efficiency gap between high and low-income households: How bad is it? And why??

Energy-efficiency gap between high and low-income households: How bad is it? And why?? 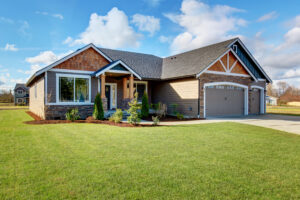 Why is there an energy-efficiency gap?

A lot of research has been done into why lower-income households end up spending proportionally more on energy.

One of the most common explanations for this disparity is that wealthier people can afford more energy-efficient homes and appliances. But poorer people and minorities typically end up with the cheaper appliances, which costs them over the long run, while better appliances would save them money on their monthly energy bill.

Wealthier people purchase more energy-efficient appliances because they have the money to buy them right then. Lower-income households tend to buy these cheaper, less energy-efficient appliances primarily because they lack the ability to spend more now to save later. But there may be a small portion of this that is lack of information or lack of foresight (Gerarden).

Another explanation for this energy-efficiency disparity is that low-income households are also more likely to be renting their home (The Atlantic). Renters can’t upgrade their energy appliances, and typically pay a utility bill to their landlord. And landlords don’t necessarily feel the need to upgrade a system that will only save their renters’ money.

It’s likely that these factors all work together against low-income households to increase their energy burden.

How bad is the energy-efficiency gap?

This chart shows the energy burden % disparities between different demographics within cities in California. It’s clear that low-income households consistently have a larger energy burden than average.

However, income isn’t the only thing making a difference in energy expenditures, as we can see in the chart above. Race has also been proven to make a difference. The 2018 US Census reported that the mean household income for a white family in the United States was $70,642. For a black family, it’s $41,361. So it makes sense that black households should spend a comparatively larger percentage of their income on energy.

But Eva Lyubich, a doctoral candidate in economics at UC Berkeley, reported in a study that even controlling for household size, income, and location, white households still spent $200-$300 less annually on energy than black households. This insinuates that black households are charged more, for whatever reason, for their energy expenditures.

Not only do lower-income and minority households spend more comparatively on energy, but the increasing cost of energy disproportionately impacts them, because energy prices increase faster than their income. “From 2004 to 2014, average US residential electricity prices increased from 9 cents/kWh to 12.5 cents/kWh, an increase of 39% (EIA 2016a). In contrast, average adjusted income grew from $29,900 in 2004 to $30,180 in 2014, an increase of 0.9% (Census Bureau 2014). If energy prices continue to increase more rapidly than income, energy burden will continue to grow for vulnerable households” (Assets).

So while currently, 7.5% of a low-income household’s income goes towards energy, if prices and incomes continue to increase at the same rate, in ten years, the 7.5% could become 11%.

The state of California requires energy providers to increase the cost of energy as motivation for people to upgrade to renewable energy sources, but in some ways, this doesn’t make sense. Where the higher-income households can afford the increase in energy costs, and often can even afford the renewable energy upgrades, the lower-income households can afford neither.

So if your energy bill seems higher or lower than California’s average and you can’t figure out why, it might have to do with your income bracket, or even your ethnicity.

Side note: this gap is actually comparatively quite small in California, so good going.